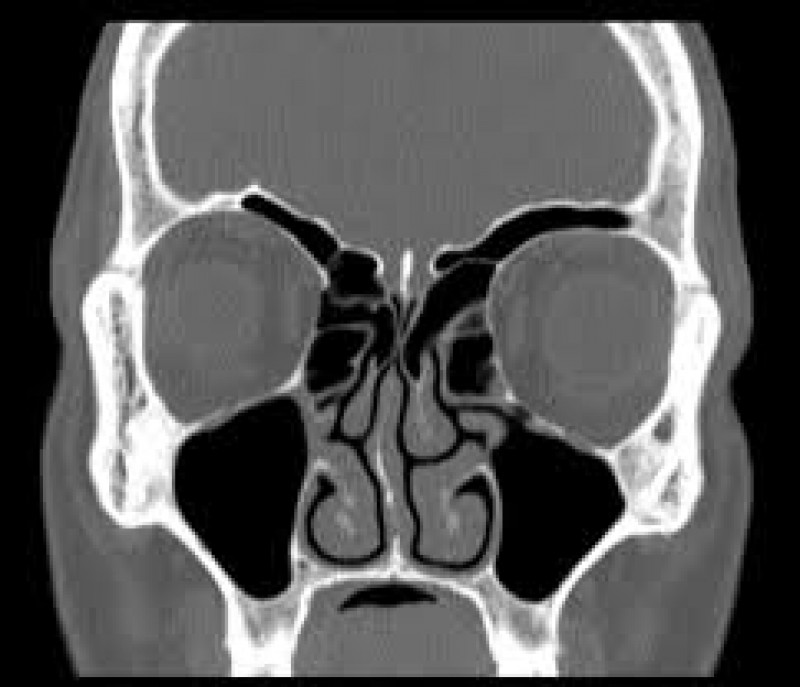 Get to know your sinuses

In health, the sinuses are air-containing cavities in the face and skull, located above, between and behind the eyes. Having air, not bone, in such a large portion of the skull makes it much lighter, perhaps by 6-8 pounds. Sinuses also are thought to be resonating chambers for speaking and singing.

There are 8 distinct sinus cavities, four on each side:

The sinuses, with the nose, make up the upper respiratory system and are part of the system that helps you breathe. Air can get to the lower respiratory system, the lungs, through either your nose or your mouth, but your nose is better equipped for the job. It is specially designed to act as the first line of defense against airborne infection, pollution and irritants. In hot and dry environments, the nose humidifies the air before the air enters the lungs, thus protecting the sensitive tissues of the lungs and bronchial tubes. 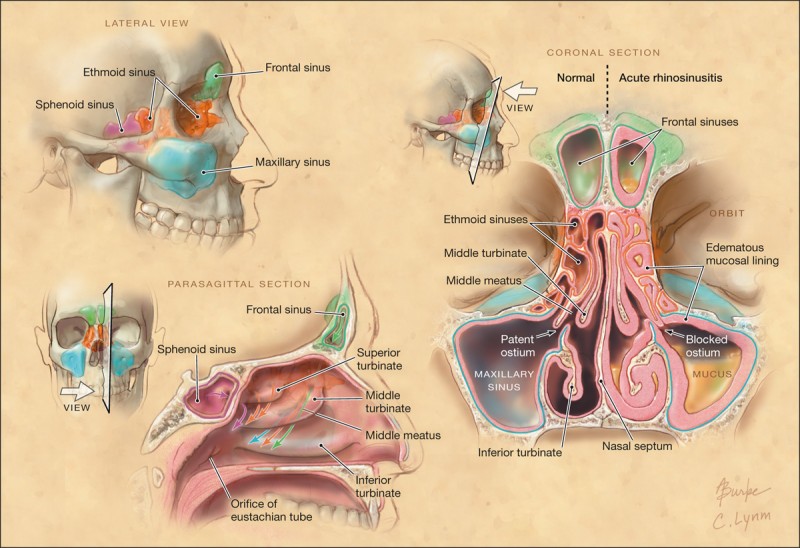 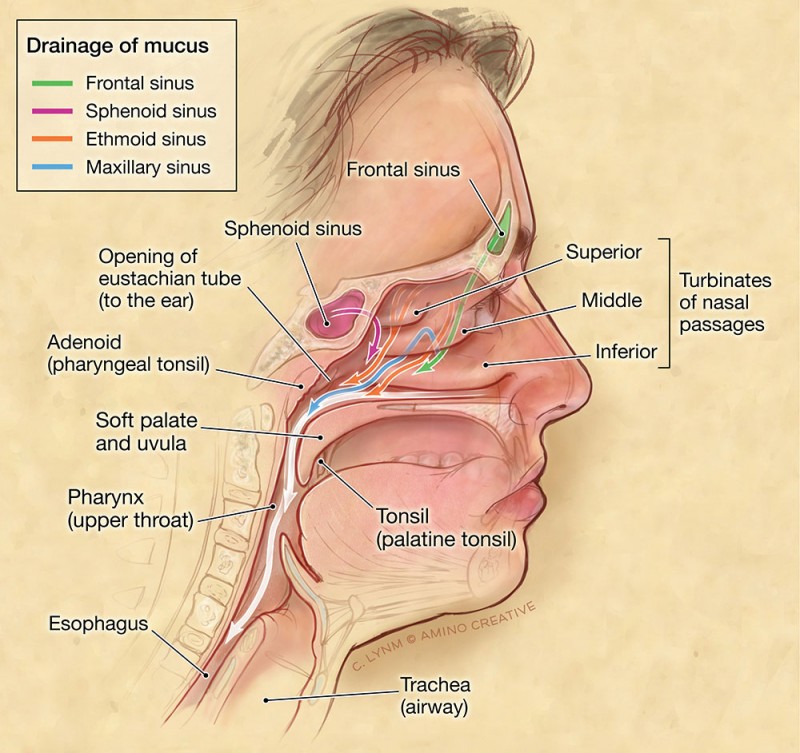 How the sinuses work

The nose and sinuses work furiously around the clock to produce a blanket of mucous that protects the delicate linings and "processes" all the air-borne threats we face every day. For instance, there are infection fighting components in nasal and sinus mucous.

The nose and sinuses are connected by tiny passages, smaller than the pupil of the eye, that keep the air inside the sinus constant and also serve to carry mucous from the sinuses into the nose. Both nasal and sinus mucous move on a wave of very tiny hairs, called cilia. The movement is called muco-ciliary clearance. All the mucous from the sinus moves toward the one small opening into the nose, joins the nasal mucous and then both move together toward the back of the nose and down the throat.

Patients frequently complain about the "drainage down my throat", having never been told that it is a normal physiologic event and must be accepted as such. It is, however, increased in cases of allergy, cold, infection and/or exposure to airborne irritants and thus can be a sign of trouble.

Free and easy movement of the mucous out of the sinuses and from the front to the back of the nose is very important. If the nose is blocked, it may "run", the mucous coming out of the front rather than going down the back. When the small sinus openings are blocked, even partially, sinus health deteriorates, leading to congestion, stuffiness and ultimately infection.

In an effort to clear the congestion or infection, the nose and sinuses produce even more mucous, frequently resulting in more congestion, mouth breathing, poor sleep, fatigue, cough, frequent throat clearing, decreased sense of smell, facial discomfort, excessive post-nasal drainage and a general overall decline in quality of life. Failing to show clearing in 5-7 days, these are signs of a sinus infection, not a simple cold.

A number of different things can cause the sinuses to become obstructed:

Any of the factors leading to sinus obstruction may result in recurrent, persistent or chronic sinus problems. The experienced professionals at the Setliff Sinus Institute can pinpoint your problem and find a solution. 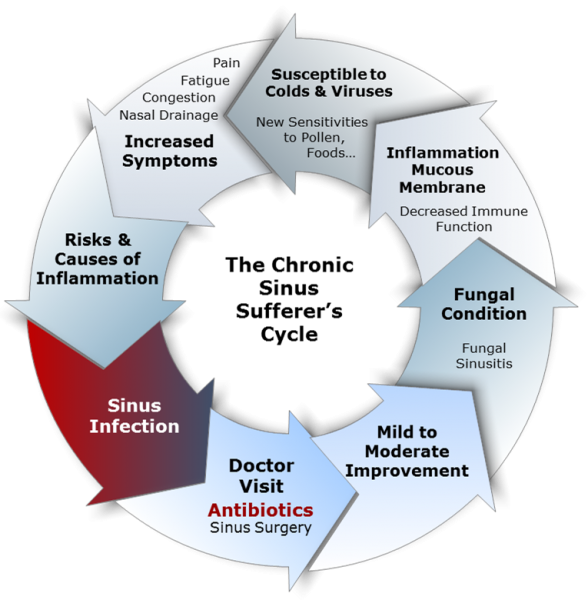 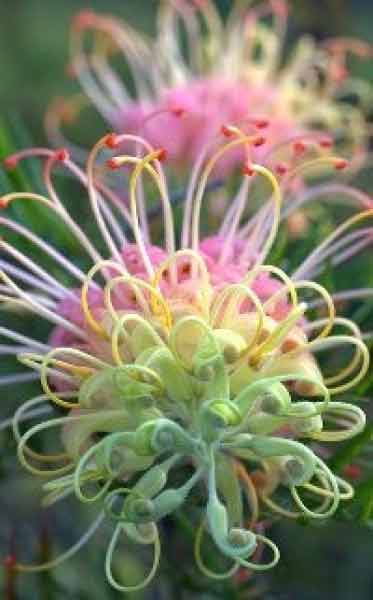 The definition of a sinus problem

Sinus issues can cause a wide range of problems, from painful infections to constant headaches to poor sleep. Fortunately, we can help you find relief—even if other methods have failed. If you suffer from any of these symptoms, we will evaluate you and give you immediate answers and treatment options.