The power behind an idea

After his first sinus course in 1987, Dr. Setliff realized instrumentation for sinus surgery was rather crude and out-of-date. He began his quest to find a better way to perform sinus surgery. In 1992, he was the first to use a powered instrument in sinus surgery.  Initially made for TMJ surgery, the device provided two badly needed essentials for safe and effective surgery in any field:  precision and real-time suction.

In 1993, Dr. Setliff began teaching, and continues to teach, the advantages of using powered instrumentation in sinus surgery.  If today’s sinus surgery was launched by the introduction of the endoscope in 1985, the most important development to follow was Dr. Setliff’s introduction of powered instrumentation in 1993. He initially referred to it as the Hummer--a name in his native South. -- and the name stuck.

Conventional wisdom maintained that, as a consequence of nature, sinus openings are very small (smaller than the pupil of the eye) and, therefore, predispose to sinus infections.  Surgery was in turn directed to making the openings bigger, sometimes much bigger, meaning a big operation carrying big risks and high morbidity for the patient. Challenging the traditional “large hole” approach, Dr. Setliff found that small sinus openings could, in fact, function very well if they were allowed to drain directly into the nose.  Thus, Dr. Setiff is often referred to as a “small hole” surgeon, a distinction he wears proudly. 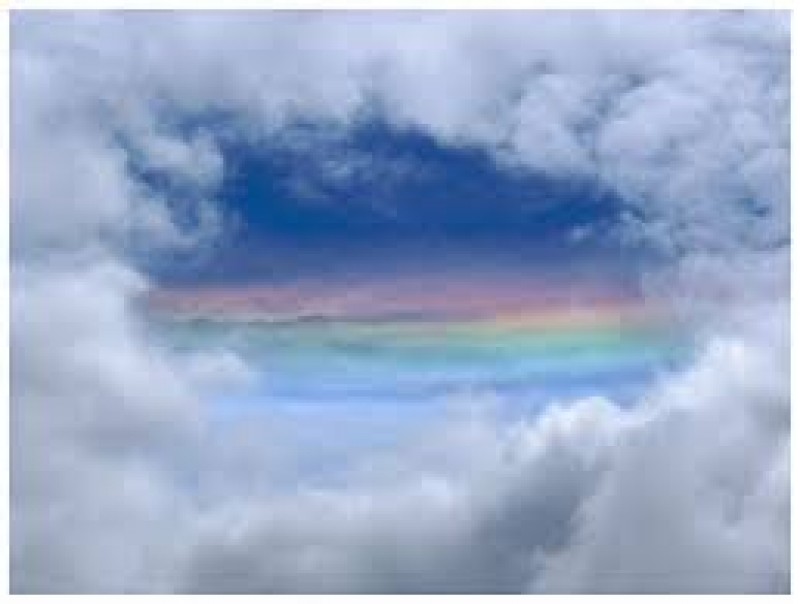 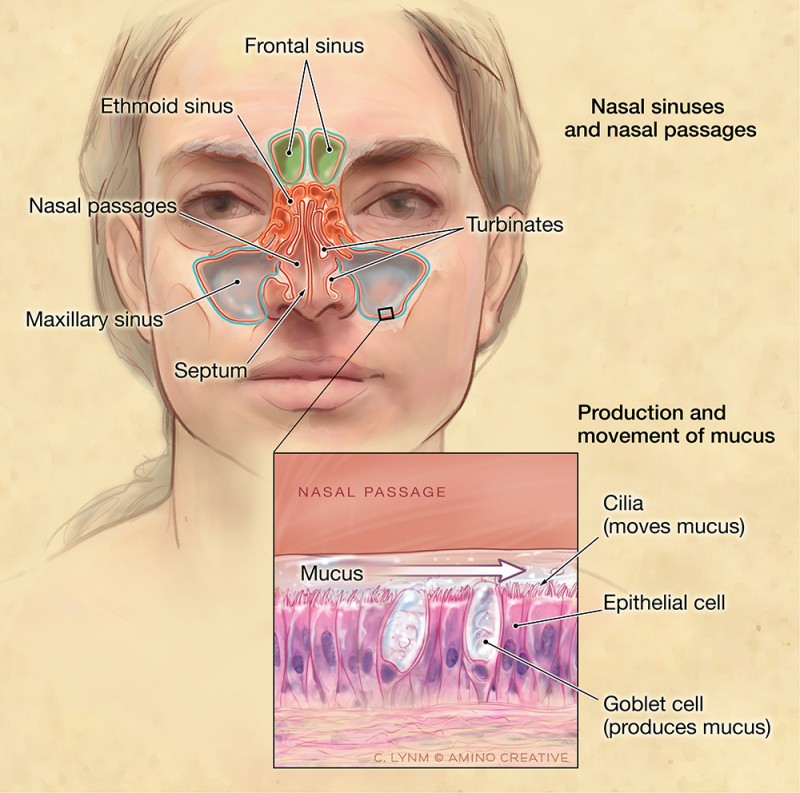 Dr. Setliff is a proponent of minimally invasive sinus surgery, having written the first article in the world medical literature on the subject and proving the technique in over 10,000 sinus surgeries. In all those surgeries, there has never been a major complication.  Simply put, Dr. Setliff’s technique mandates that no matter how “big” the sinus problem is, a “big” operation is not required to resolve it.  Critical anatomy is preserved and the patient’s “birth sinus lining” is always left in place, thereby minimizing the exposure of bare bone and markedly reducing the patient’s healing burden.  No nasal packing or drip pad is required.  Patients are allowed and encouraged to blow their nose immediately after surgery and are on no restrictions beginning the first post-operative day.

A deeper look at nasal anatomy

During the early days of endoscopic sinus surgery, most of the detailed sinus anatomy was destroyed by crude instrumentation and highly invasive techniques. As a result, Dr. Setliff decided to sort out the surgical anatomy in ways that were formerly limited to the laboratory.  A step-by-step progression was needed, so the first anatomical model for sinus surgery was developed. He co-authored a book on the surgical anatomy of the paranasal sinuses and has published a peer-reviewed article on the anatomic classification of the ethmoidal bulla. Each and every sinus case is an exercise in surgical anatomy, as no two patterns of sinus development are alike.  Dr. Setliff has been and continues to be both a student and a teacher of sinus anatomy. 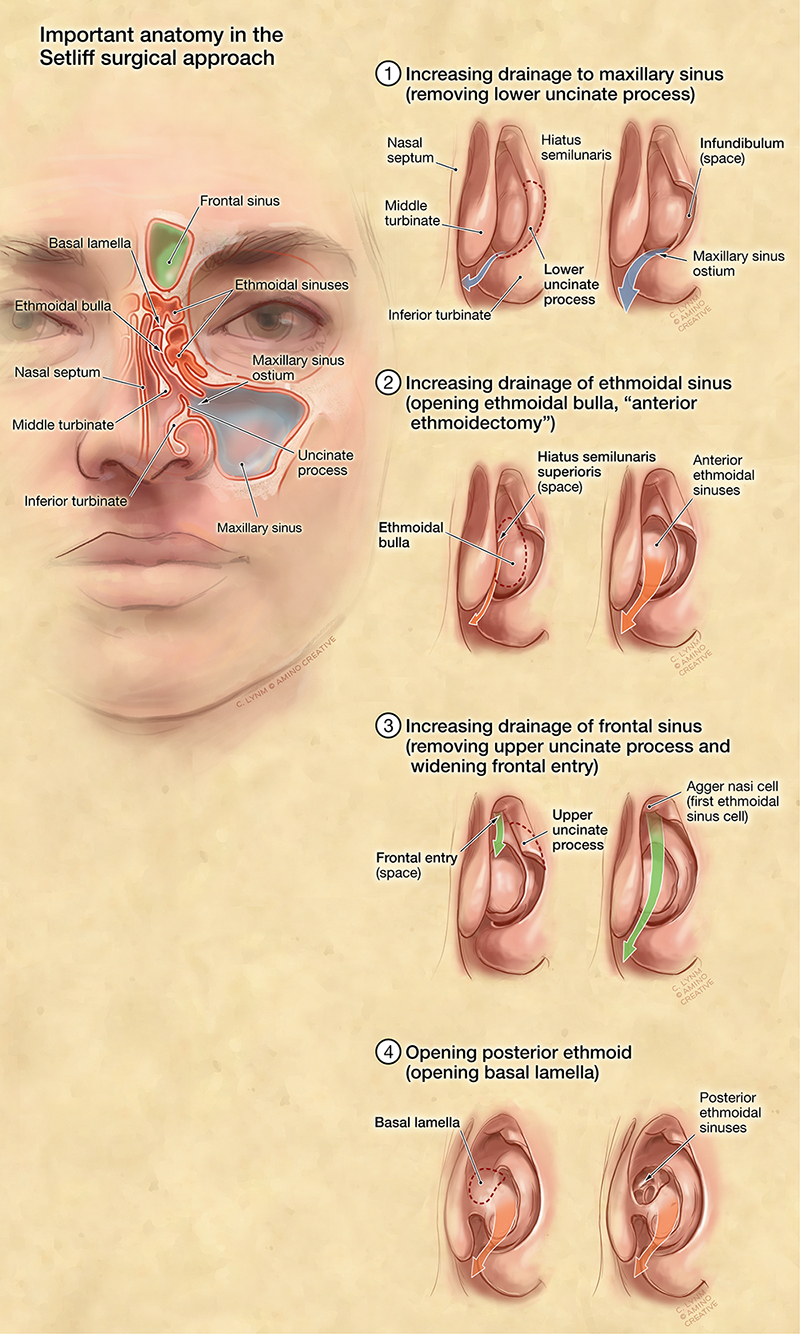